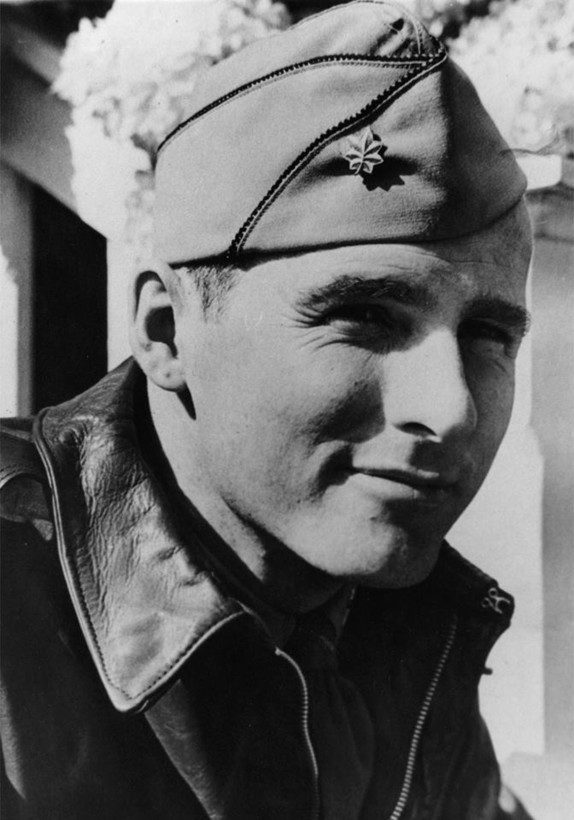 Dyess Air Force Base is named after Lt. Col. William Edwin Dyess, a native of Albany, Texas, who was captured by the Japanese on Bataan in April 1942. Dyess escaped in April 1943 and fought with guerrilla forces on Mindanao until being evacuated by submarine in July 1943. During retraining in the United States, his P-38 Lightning caught fire in flight on Dec. 23, 1943, near Burbank, Calif. He refused to bail out over a populated area and died in the crash of his P-38 in a vacant lot.

World War II
In 1942, the United States Army Air Forces built Tye Army Air Field, as it was popularly known, on the site of what is now Dyess Air Force Base. On Dec. 18, 1942, the field was opened and was initially named Abilene Army Air Base. The name was changed on April 8, 1943, to Abilene Army Airfield. The first host unit as Abilene AAB was the 474th Base HQ and Airbase Squadron, established Dec. 18, 1942. The airfield was initially assigned to the 2nd Air Force, and its mission was to be a flying training center for cadets.

The 77th and 69th groups trained reconnaissance personnel who later served overseas. The 408th was a new group which received A-24, A-26, P-40 and P-47 aircraft in October 1943 and began training. It was disbanded shortly after leaving Abilene on April 1, 1944.

With the end of the war, the base was declared inactive on Jan. 31, 1946. Although assigned to Continental Air Command, Abilene AAF was classified as an inactive sub-base of Fort Worth Army Airfield and was sold to the city of Abilene for $1. It was used as a training facility for the Texas Army National Guard for several years. 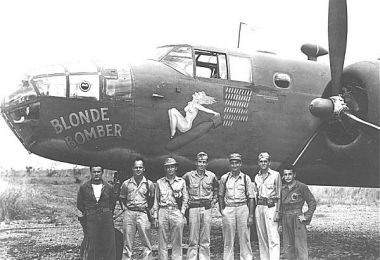 Cold War
Shortly after the Korean War broke out, the city of Abilene called for the need of a military installation. They believed the 1,500 acres of the former Tye AAF was the perfect site for a new base. The city’s leaders went to the Pentagon with their request. The city showed their determination for a new base by raising almost $1 million to purchase an additional 3,500 acres adjacent to the site. They were able to attract Sen. Lyndon B. Johnson’s attention, who had the power to persuade military officials to reactivate the base in Abilene. Finally, in July 1952, Congress approved the $32 million needed to construct an Air Force base on the Tye AAF site. It was to be called Abilene Air Force Base, and a little more than three years after starting construction, the base opened on April 15, 1956. 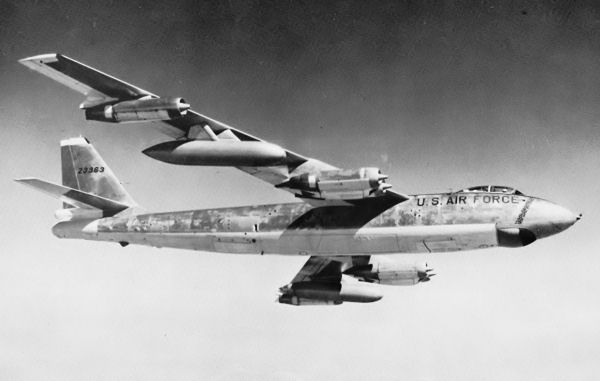 Dyess’ first active combat unit was the 341st Bombardment Wing, which activated Sept. 1, 1955. The 341st was part of the Strategic Air Command (SAC), flying the B-47 Stratojet, which it continued to operate until its deactivation June 25, 1961.

The 96th Bomb Wing moved to Dyess on Sept. 8, 1957, and for a few years worked alongside the 341st. It included not just B-47 and B-52 nuclear bombers, but also the KC-97 and later on the KC-135 refueling aircraft. During the Cold War, the base was constantly on alert in case of nuclear attack. There were even signs in the base’s movie theater that would instantly alert pilots in the scenario that the Soviet Union would initiate a nuclear attack during a movie. These can still be seen today at the theater.

On Nov. 19, 1959, the United States Army conducted groundbreaking ceremonies at Dyess Air Force Base for the battalion headquarters of the 5th Missile Battalion, 517th Artillery of the U.S. Army Air Defense Command. Installed to defend the SAC bombers and Atlas F missile silos stationed at and around Dyess, the two Nike Hercules sites were controlled by a “BIRDIE” system installed at Sweetwater Air Force Station.

Units stationed at Dyess Air Force Base while the 5/517th was operational included SAC’s 819th Strategic Aerospace Division, the 96th BW and the 578th Strategic Missile Squadron. Several of the 578th’s Altas F Silos are located near the Nike sites. The Army Air Defense Command Post was 37 miles west at Sweetwater AFS. Both of the sites were located near former Army posts. Camp Barkeley served as a World War II infantry division training center, while Fort Phantom Hill was a frontier outpost stop on the Butterfield stage route. 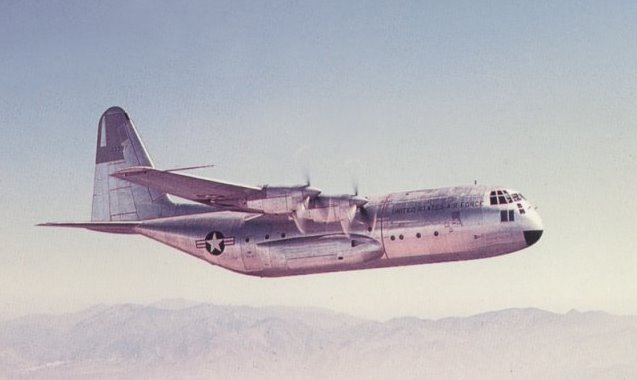 In 1972, the 516 TCW was replaced with the 463rd Tactical Airlift Wing (463 TAW). During the Vietnam War, TAC C-130 crews routinely rotated to forward-based C-130 wings in the Pacific theater to support operations in Vietnam. In 1974, the 463 TAW was reassigned from Tactical Air Command TAC to Military Airlift Command as part of a USAF-wide initiative to place both strategic and tactical airlift assets under MAC control.

From 1962 to 1965 Dyess Air Force Base had 13 SM-65 Atlas Missile sites stationed around it. The Dyess sites were operated by the 578th Strategic Missile Squadron. After being decommissioned in 1965, the Atlas missiles were removed and all sites demilitarized. 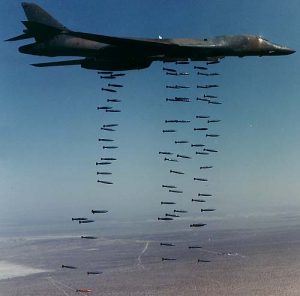 In June 1985, the 96th received its first B-1B Lancer, replacing the B-52 Stratofortress, and in October 1986 assumed nuclear alert status. Since achieving IOC, Dyess has been recognized as the premier bomber training center and leads the fleet in maintaining the highest mission capability status. Shortly after, the Soviet Union fell and left many wondering the fate of the base. In 1991 the 463d Tactical Airlift Wing was designated the 463d Airlift Wing. In October 1992, the parent commands of both wings changed — the 96 BW being reassigned to the newly established Air Combat Command, and the 463 AW being assigned to the new Air Mobility Command.

Modern era
On Oct. 1, 1993, the 96 BW and 463 AW were both deactivated and replaced by the 7th Wing, a former B-52 and KC-135 wing that had been at the former Carswell Air Force Base, which was being realigned as NAS Fort Worth JRB/Carswell ARS as a result of base realignment and closure action. The 7th Wing incorporated Dyess’ B-1Bs and C-130s, the latter transferred from Air Mobility Command to Air Combat Command.

Within its first year, the 7th Wing’s diverse mission made it one of the most active units in the U.S. Air Force. The C-130s were deployed around the globe performing several airlift missions to Europe and the Persian Gulf. The crews and support people of the B-1s focused on enhancing the purpose of the Lancer in a post-Soviet 21st century.

Global War on Terrorism
The 7th Bomb Wing and 317th Airlift Group were called to duty once again shortly after Sept.  11, 2001. Both played and continue to play vital roles in both Operation Enduring Freedom and Operation Iraqi Freedom. Many of the 7th BW’s B-1s and support personnel deploy to Southwest Asia. From there the 7 BW provides close air support to troops in the field and precision strike missions with the B-1B Lancer. The 317th Airlift Group has been deployed continuously to Southwest Asia since December 2003 where the group provides airlift support to OIF, OEF and Combined Joint Task Force-Horn of Africa operations. 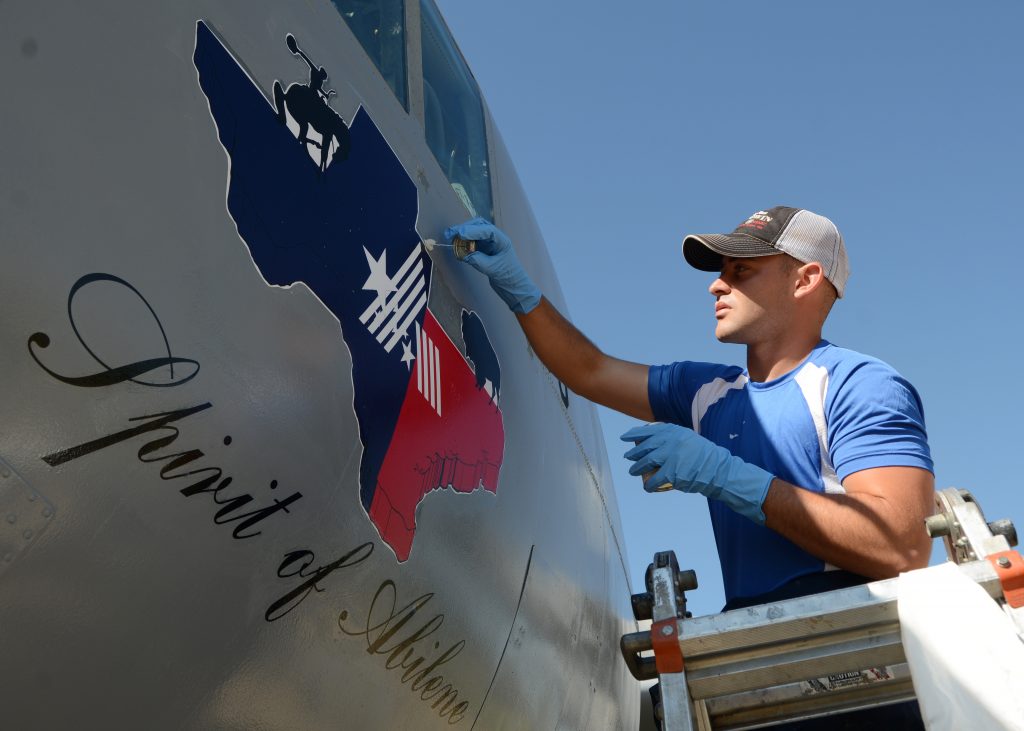 One of the many unique features of Dyess is its extensive collection of static military aircraft on display. Collectively known as the “Linear Air Park,” it contains 30 aircraft from World War II to the present, many of them formerly based at Dyess, and is located along the base’s main road, Arnold Boulevard. All but one plane has been flown before. Its most recent addition is the first operational B-1B Lancer, known as “The Star of Abilene,” which made its final flight in 2003. It can be seen at the front gate to Dyess along with a recently retired C-130 Hercules on the other side of the road (a tribute to the two main aircraft currently housed at Dyess).

Another unique feature of Dyess is its main source of energy. In January 2003, Dyess became the first Department of Defense installation in the United States to be powered exclusively from renewable wind energy. Today, most of the energy Dyess receives is from other sources of renewable energy, such as biomass, and is considered one of the “greenest” bases in the U.S. Air Force.

The remnants of Tye AAF can still be seen today. Parts of the old runway still exist as well as part of its parking area on the west side of Dyess. 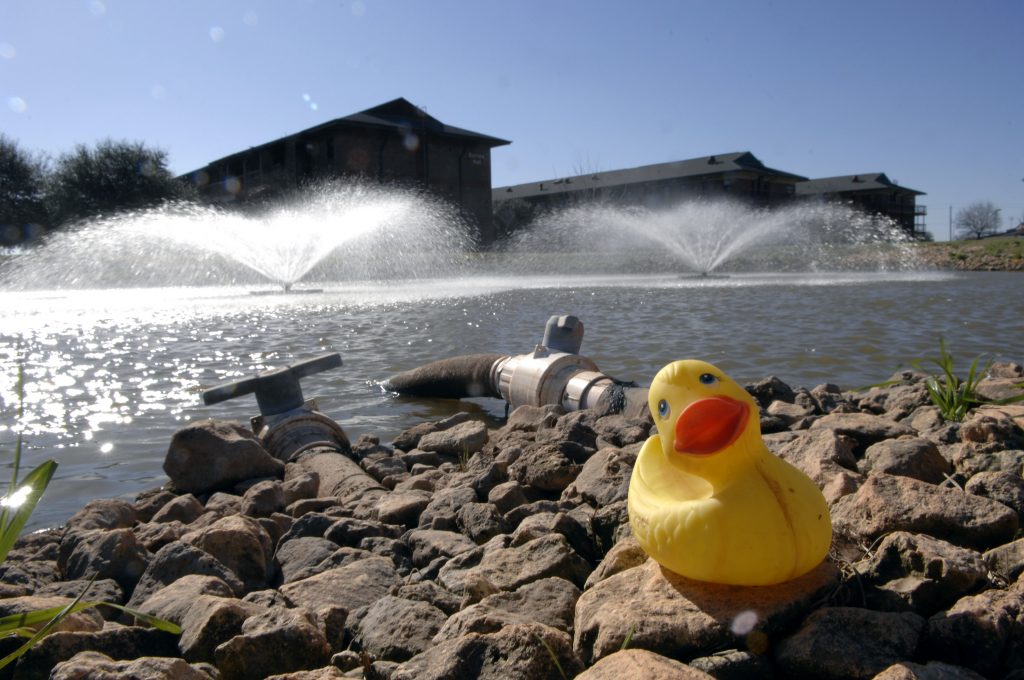