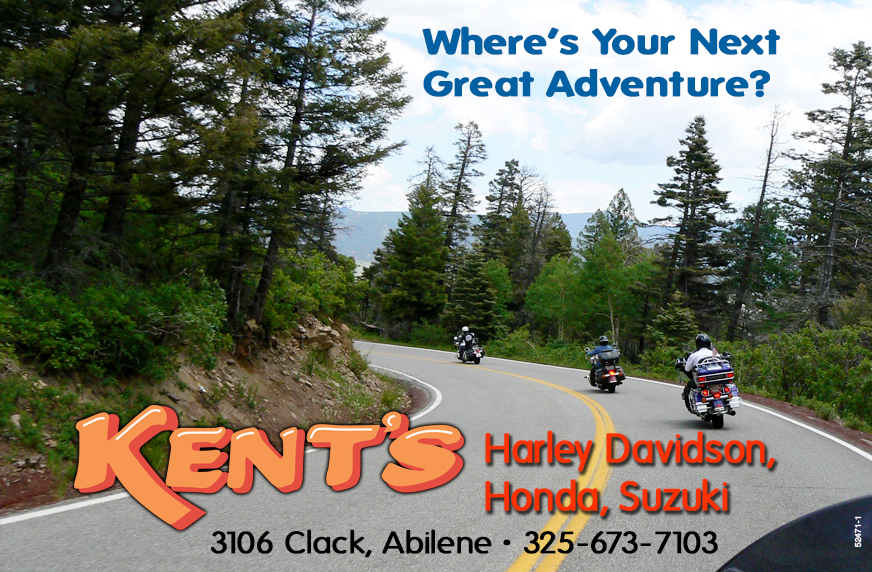 Kent’s Harley-Davidson®, Honda Suzuki, Abilene, TX is a 2nd generation family owned business, currently run by Grady Waddell GM. His father R. Kent Waddell started the dealership in March 1964. An oilman by trade, Kent has always been a motorcycle enthusiast and collector with well over 100 antique motorcycles to his claim…many of which are on display at the dealership. The dealership boasts several employees with 20+ years of employment and has a very low employee turnover. The dealership has maintained a high profile both locally and state wide by hosting the 2006 and 2014 Texas State H.O.G.® Rally. We have also been selected several times as a Ride Texas Magazine “Top 10 Dealership”; voted #1 in the Pan Handle Plains Region in 2008. We have also been voted “Best Motorcycle Dealership” 13 years in a row by the Abilene Reporter News People’s Choice Awards.